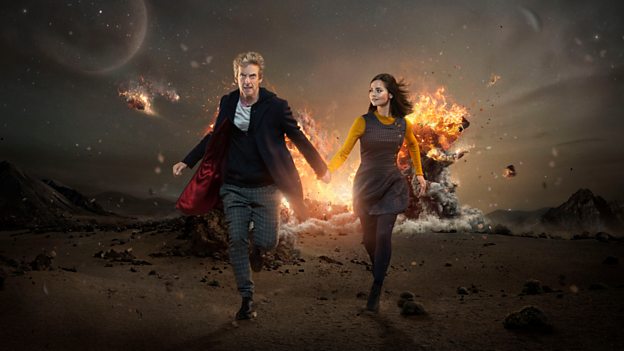 Category: BBC Worldwide
Doctor Who lead writer and executive producer Steven Moffat and writer Jamie Mathieson will attend the Lucca Comic and Games Festival in Italy on the 30th and 31st October.

On Friday 30th October Steven Moffat will introduce a special screening of The Magician’s Apprentice, the first episode of Doctor Who series nine atCinema Astraat 18.30.

On Saturday 31st October the duo will participate in a Q&A hosted by well-known comic writer Gabriella Cordone Lisiero where fans will have the opportunity to ask questions about the writing process and how a Doctor Who script is turned from words on a page to the series we see on screen. The Q&A will take place at the San Romano auditorium at 12:00.

Steven Moffat is one of the few writers to have written for all four Doctors in the modern revival of Doctor Who (Christopher Eccleston, David Tennant, Matt Smith and Peter Capaldi), but his first work on the series dates back to 1999 when he scripted the parody episode Doctor Who and The Curse of Fatal Death. Along with Doctor Who, Steven is also the co-creator and executive producer of the multi-award winning global sensation Sherlock.

Jamie Mathieson joined the writers of Doctor Who for series eight scripting episodes Mummy on the Orient Express and Flatline. For series nine, Jamie has co-written Doctor Who - The Girl Who Died.

First broadcast in 1963, Doctor Who is the world’s longest running sci-fi programme according to the Guinness Book of Records. The series has sold to over 200 territories worldwide and has picked up numerous awards, including BAFTAs for Best Drama and Best Writer for Russell T Davies and Steven Moffat and has been voted Most Popular Drama at the UK’s National Television Awards for five years running.

Tickets for both events are available on the Lucca Comic and Games Festival website here:

Doctor Who series nine will air on Rai4 Italy later this year.

About BBC Worldwide
BBC Worldwide is the main commercial arm and a wholly owned subsidiary of the British Broadcasting Corporation (BBC).  Its vision is to build the BBC’s brands, audiences, commercial returns and reputation across the world.  This is achieved through investing in, commercialising and showcasing content from the BBC around the world, in a way that is consistent with BBC standards and values.  The business also champions British creativity globally.