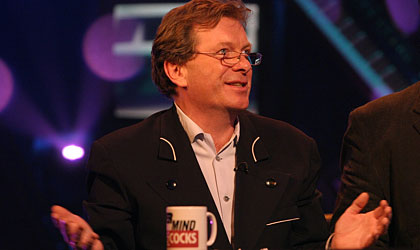 On 10 August 2007 Anthony H Wilson died aged just 57 at Manchester's Christie Hospital. He'll be remembered as the founding father of Factory Records, the man behind Joy Division and New Order and the creator of one of the world's most famous clubs – The Haçienda, which helped to establish the "Madchester" scene.

In this tribute, Paul Morley looks back at the life of the music mogul, impresario, North West institution and professional motormouth. reflecting on an extraordinary career and revealing how one man's passion and self-belief helped shape the musical and cultural landscape of Manchester.

The show features an exclusive interview with Tony recorded by Newsnight just months before he died, as well as interviews with his friends and family, including Peter Saville, Richard Madeley and Judy Finnigan.

PLEASE NOTE: THIS PROGRAMME CONTAINS STRONG LANGUAGE THAT SOME LISTENERS MAY FIND OFFENSIVE.

Your memories of Tony Wilson

Dave, Staffs
As a 19 year old manc lad standing next to Tony at the Dry Bar in 1991 he was and still is an inspiration. One word - legend.RIP

Mick, lancs
A pioneer and a dreamer who was fortunate enough to live it. Goodbye Tony. God bless

Ian Broadbent, Leeds
He reflected and shaped a cultural epoch which has made a significant impact on my life. In Peter Hook's words 'My heart is broken.'

Alex, London
I had a crush on him when he used to present Granada Reports. He was always terribly louche and slightly scruffy. Of course I loved the music too. RIP Tony.

Disclaimer: The BBC will put up as many of your reviews as possible but we cannot guarantee that all emails will be published. The BBC reserves the right to edit reviews that are published.